Today is my one-year anniversary as a YouTube vlogger.  I was also just named a "Watch-Worthy YouTuber" by a YouTube partner down in Alabama by the name of BillyCTV.  I consider that a nice little anniversary present.  Another YouTuber by the name of TheCreaiveJournal just reviewed my documentary, "Bollywood Steps." in his vlog.  I'm curious what the next year will bring.

At this moment, I have created 98 videos and have 154 subscribers.  I've gone from creating videos every couple of days, to once a week or so.  In the last few weeks, I've picked up the pace again, and I think I'm finding my comfort level with the types of videos I generally create.

My most frequent video has been a straight vlogging style, though I have created a number of documentary style vids, and some attempts at comedy, as well - as time permits.

I've had great interaction with a number of my subscribers, and have learned a great deal not only about vlogging, but about YouTube culture as well.  I respect the can-do filmmaking spirit - though I suspect most YouTubers don't consider themselves filmmakers.

I've also found that many people in my business (i.e. the traditional media) still don't get or respect the activity and creativity that's emerging on YouTube - and, by association, look askance at my involvement in this world.

Last year, I attended Vidcon, the yearly conference of YouTube content creators; I plan to attend again this year.  I remain fascinated with the gulf in understanding between the traditional media world and the social media world, and I remain convinced that the self-motivated vloggers on YouTube are pioneers in the development of a third platform beyond television and motion pictures.  I still would like to provide an avenue to help advance understanding between old and new media.

My reasons for doing this are still evolving, though I strive to balance my curiosity as an entrepreneur and a pure means of creative expression.

I'll continue this soon with thoughts on the future.
Posted by Rickflix at 3:00 PM 2 comments

My recent post, Five Reasons I Respect YouTubers promised a second blog on what YouTubers could learn from independent filmmakers.  I suppose I painted myself into a bit of corner, though.  As I thought about that blog, I realized that the social media/YouTube world is so diverse that generalization is just about impossible in this case.  I would be the last to tell pure vloggers - who are simply expressing themselves verbally to the camera - to change how they create.  In fact, that's my most common means of expression on YouTube.

On the other hand, there are many of YouTube who strive to shoot, edit and otherwise creative as filmmakers.  Many have very little sense of the language of filmmaking, and might gain a few things from their counterparts in the filmmaking world.

I'll still write that second vlog - but I suppose I have more pondering to do....
Posted by Rickflix at 10:09 PM 0 comments

A number of my "traditional" media colleagues don't quite understand why I'm choosing to go to Vidcon, the annual gathering of YouTube content creators.   As an independent (and traditional) content creator (aka filmmaker), I've come to greatly respect the spirit of the YouTubers that are constantly inventing (and re-inventing) the world of online video.

In my opinion, the best of them (your definition - YouTube is a place where there really is something for everyone) - have several traits in common.  Here are my top five:

1. They're Auteurs - they often do everything - write, producer, direct, act AND promote their work.
2. They're not equipment centered - they're content centered.
3. They're showing that grassroots independent co-production is no longer impossible - it's commonplace.
4. Like the earliest pioneers of the motion picture industry, they're often learning - and willing to learn - "on-the-job."
5. They respect, respond and interact with their audience

What's Been Happening in the World (According to Rich)?

When I began the year ten days ago, I decided I was going to try to update at least once a day.  It wasn't a new year's resolution, exactly - but I've been thinking that it's important to maintain regular creative output to really get into the spirit of things, social media speaking.  It's also not going to be very productive for me unless I create regular content.
What's been happening so far (not counting Twitter and Facebook!)
On January 1st, I posted an Audioboo podcast, "The Media Industry's Dusk and Dawn," which was a personal reflection on the shifting realities of the film/media industry - brought to mind after a lunch with some of my father's former colleagues - veterans of 20th Century Fox during the 1950's - 1980's.
I also posted a blog here, "Keeping My Creative Juices Flowing in 2011," on ramping up my social media presence.
Finally, I discovered and began using a fun little social media site, facto.me, which simply allows the user to share interesting little trivia about themselves.  Here's my page.
January 2nd presented a gift in the form of snow in Los Angeles, and, naturally, I created a vlog.
On January 3rd, as the snow melted away, I reflected on the experience in an Audioboo.
On January 4th, I created another blog, "Looking Ahead:  A Few Initial Thoughts," which included some of my plans for the year, including my commitment to attend Vidcon again.
My January 5th Audioboo explored a coming vlog, in which my nephew and I will explore of Los Angeles's Hidden History.  In this case, we'll find remnants of dozens of airports that existed in L.A. during the early days of aviation.  The airports may be long gone, but if you look carefully, there's some surprising evidence still in place...
On January 6th, I finally revived my legacy blog (now called 'Childhood According to Rich') with "Model Magic," a story about a very special plastic model that took me to a far-off land.
On January 7th, I continued to post to Facto.me/rich.
January 8th saw two Audioboos:  "Economy and Attitudes: Real Signs that the Tide is Turning," and "Schooltime Memories," in which I interviewed my nephew in a companion piece to tomorrow's vlog (which I had already shot but hadn't yet posted).
On January 9th, I posted the Vlog, "Schooltime Memories," in which I recalled the most memorable moments of the first few years of school.
Today, other than this blog, I also posted an Audioboo, "Some Stuff Safely Stored," on the previous weekend's journey through my family's storage locker...
So Far, So Good
Posted by Rickflix at 7:15 PM 0 comments

Looking Ahead - A Few Initial Thoughts

Okay, so the holidays are over and the real work begins!

It seems that change is in the air, both in my own life, and the lives of many of my friends.  Numerous people are changing their work situations, re-calibrating their lives, and generally moving ahead again.  As devastating at the economic downturn has been, either people are tired of living in fear, or, just perhaps, things are starting to improve a bit.  I suppose that time will tell.  Regardless, I expect this to be an interesting year.

Currently, of course, one of my current activities is launching my documentary, "Bollywood Steps" into the world.  Available since December 15th, I haven't yet begun to promote the film, and its availability for purchase.  It's a great challenge - and I'm looking forward to seeing how far I can carry this.

My producing work (my freelance work) has started to pick up again, and other opportunities are beginning to develop.  I'm also looking forward to seeking out part-time university-level teaching opportunities in filmmaking/documentary filmmaking/editing.  I love teaching, but I really haven't had the opportunity in the last couple of years.

Finally, I made the commitment to attend VidCon again, the July gathering of online video/YouTube content creators at the Century Plaza Hotel in Beverly Hills.  I'm fascinated with the spirit of creativity online, and the success of so many of these young (and some old) filmmakers (they certainly don't see themselves in that light), that are creating a new form of expression.  At the same time, I'm not a big fan of the spectacle of  stardom - or really any celebrity culture - but I'd also say that most of the people that I've had the opportunity to meet are pretty well grounded.  I suppose it's a very clear reminder that YouTube stardom is limited when the same person who's mobbed inside the Century Plaza is all but ignored across the street at the Century Plaza mall...I look forward to sharing my observations as I continue my social media expedition!
Posted by Rickflix at 9:32 PM 0 comments

To supplement my Snow Vlog 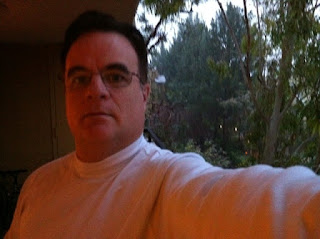 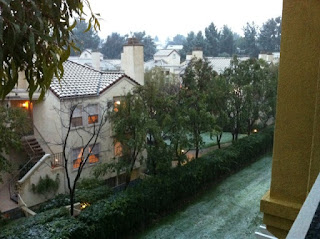 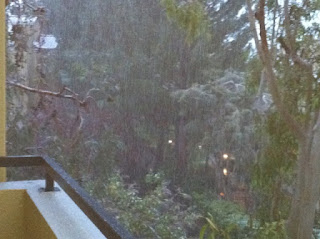 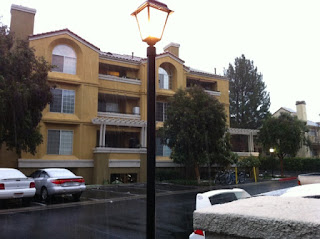 Posted by Rickflix at 5:11 PM 1 comments

I've decided on a new strategy to keep my social media output healthy  - I'm committed myself to creating output daily - but across various platforms - in other words, some days I might create an audio podcast, others a vlog, and still others a blog entry.  I might also mix in some other platforms as well.

Why should I care?  For me, social media is providing a number of benefits: keeping my creative juices flowing, fascinating interaction with a wide variety of individuals far beyond my typical "world," and simply enhancing my professional profile in ways that many of my colleagues are simply ignoring (at some point, I'll explore the varied traditional media industry reactions to my involvement in social media).  There are a great deal of other reasons, of course, but it probably all boils down to the challenge.
So, without further ado, here's today's audioboo, about a lunch I shared with a couple of my father's old colleagues from 20th Century Fox:
Posted by Rickflix at 2:18 PM 1 comments