I made SoupChad available for sale on Amazon on December 7, 2017, but I'm considering these next few weeks a "soft launch" before a more extensive push after the first of the year.  After all, I don't want large numbers of readers checking out SoupChad on Amazon...with no reviews!

Here's what I'm working on at the moment:

1 - Reviews! It's so very important to build up as many reviews as possible before I start sending potential readers to Amazon in earnest. The simple fact is, reviews sell. For an indie author like myself, positive reviews are golden. I'm letting those in my network know that the book is available, and I'm hoping for promising results. It's one of the most difficult steps in the marketing process, so if you would like to help out, I would be grateful.

2 - Giveaways are helpful tools. I can set up various types of opportunities on both Goodreads and Amazon, which hopefully will develop word of mouth and a wider network. I can even set up a giveaway on Amazon that requires entrants to follow me on Twitter.

3 - Flash sales. Amazon Kindle allows for limited flash sales, which will allow me to offer the book for free for a limited (one day) sale to encourage readers and reviews.

4 - Media coverage. SoupChad is also about polarization in our society, so I'm hoping for media coverage across several platforms, from newspapers to blogs, radio and television.

In the next few weeks, I'll be working on an overall social media campaign to "get the word out" over upcoming months and to brainstorm some promising secondary markets. For example, foodies and soup aficionados might get a kick out of the story. I'm hoping to create some book launch opportunities at schools as well, and engage in classroom discussions.

If I can get that word out, I believe I have a fighting chance of getting SoupChad the exposure it deserves.

The Gig Economy: You Never Know What's Next!

One of the most enjoyable aspects of working in the gig economy (in my case, working with UpWork and Fiverr), is the wide diversity of challenges I've tackled. I never know what's coming up next. 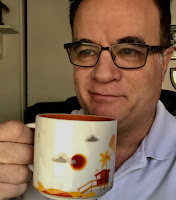 As an editor, my online work has extended from YouTubers to training videos to a memorial park in Australia, with clients and needs that were everything from simple "do your magic" assignments to true partnerships.

As a writer, I've been paid to write (or ghost-write) short stories for various clients, as well as opening chapters for prospective novels. I'm especially excited about the possibilities in this area. To be honest, I hadn't considered writing short stories for pay as even a remote possibility.  I'm hoping to grow my clientele in this sector. It is, after all, the core of who I am. I've also written specialized short stories intended for specific apps (for example, "chat-based" stories).

The stories I've written so far extend from historical to biographical, horror and coming of age. In fact, one of my gigs on Fiverr offers to write a short "coming of age" story, while another offers a "Stranger Things" type story. Another throws the net even further, offering to write a general short story. I ask prospective clients to contact me first, so that I can screen those stories that wouldn't be practical (foreign or historical settings that would require research, for example). I've also been asked to write personal letters for those who don't have the skills to put their thoughts and intentions into a cohesive package.

To be clear, this isn't a game-changer yet. I haven't reached that volume of work or level of income (though I can see that others have). I'm still working on the right recipe to generate this work on a more consistent basis. How will I make that happen?

Like most people, I've found it somewhat difficult to process the increasingly polarized society we live in. Political discourse doesn't exist anymore. Political demonization is the norm. You're with me—or you're against me. We live in a state of anxiety.

SoupChad is my response. It's the tale of a middle school boy who loves soup and won't tolerate any kid who likes salad. When his family moves and he starts at a new middle school, he forms Soup Club to share his passion. Kids steer clear, until he decides to grant each one of them a new name based on their favorite soup. Spinach, Noodle and Chowder join first, followed by Matzo Ball and Potato.

But power goes to SoupChad's head, and his club transforms from a gathering of soup fans to an army allied against Salad Eaters. SoupChad doesn't just hate salad, he wants to eliminate it from the school. He'll do anything to make that happen.

SoupChad is a story of intolerance and power. While it's a fun, absurd picture of middle school obsession, it's also an allegory that pokes fun at the tendency to see every opposing point of view as an epic battle between Good and Evil, where there is no middle ground and there are only winners and losers.

In a modest way, I hope SoupChad encourages kids to treat others who simply don't agree with them with a bit more fairness.

Curious? SoupChad is available NOW at Amazon, in both paperback and Kindle formats. I would welcome your early review of my book—it's a huge help to an indie author!

Leveling Up: Starting to Build an Online Clientele

One of the most common criticisms of sites like Fiverr and Upwork is that they're essentially a "race to the bottom," offering services at ever cheaper rates, making the prospect of earning a living virtually impossible. 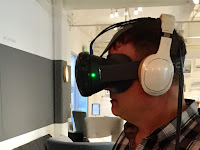 True, there are thousands of people offering pro gigs at rock-bottom prices. The cost of living, after all, is cheaper in Thailand and India than Los Angeles. They're in every category, from website creation to video services to writing. In some situations, westerners have relocated to low-cost locales. I wondered if it possible to compete.

I decided to look further. As I said, as a client, I had already spent over $200 on Fiverr services with just two sellers. I consciously avoided the lower cost options. I wanted to employ an established pro with whom a positive outcome was more likely.

As a seller, that's where I want to be.

I had two built-in advantages, even as a newcomer: First, I was a video professional with several Los Angeles Emmy Awards to my name (and several additional nominations). I also have published three young adult novels (with a fourth on the way). I hoped those facts gave me a bit of a leg-up against the competition, even though I didn't have a work history or online reviews on the freelance sites when I began.

I couldn't charge a premium, though. Despite my background, developing a presence and a collection of positive reviews is the key to higher end gigs. I started the process, seeking small gigs for 25 or 35 dollars that I could complete quickly and cleanly. The jobs I scored weren't going to make a dent in my income, but they would allow me, to borrow game parlance, to "level up" and allow me to play a more powerful game. More on that next time.

Gig Magic: My First Exposure to the Gig Economy

Until I became a user of freelance "gig" sites, I hadn't given them much of a thought. I knew Fiver existed but hadn't given it much thought. My first impression was that it was a site where you could get cheap labor to do less than professional work. It didn't have much of an appeal to me as a consumer, and certainly not as a freelancer that needed to make a living.

I was collaborating on a series of a video for a client that had requested an animation. In particular, a colleague pitched a "whiteboard" animation, the story of presentation in which a hand seems to draw a series of photos and illustrations.  I would have had no idea how to obtain the animation locally, what the turnaround would have been, and would have guessed that it would have been prohibitively expensive for the small project we were working on.

To my surprise, my associate was able to present, seemingly overnight, a beautifully produced whiteboard animation for $150, including changes Our client was thrilled. The service had been purchased on Fiverr, and I started exploring the site for other possibilities.

Then, as I began to prepare to publish my fourth book, I was presented with a challenge. I wanted to illustrate the cover of the book with an illustrated cover in the style of a World War 2 propaganda poster. With my previous books, I had used photo elements, which my designer manipulated to create my cover. A specialized illustration required a different approach. Though I had a limited budget, I was determined to see my vision through. I searched Fiver, and eventually found a talented artist in India would do the job for $100. Another Fiver talent treated the book cover. I was able to get exactly what I wanted.

That's when I started considering how I might take advantage of these services to offer my own skills. I wondered if it would be worth the effort. I wondered which of my professional skills would be my best bets. I'm an Emmy-winning producer/video editor, I'm also a prolific writer of four novels and numerous blog posts (like this one).

I began to seek out my online competition and find out what was possible. I knew I had services to offer, but would it be worthwhile? Could I expect to be paid a fair rate? Was this, as some have suggested, a race to the bottom? Are clients only looking for cheap work?

In the next installment, I'll share what I discovered, (and why I decided to move ahead and give it a try regardless!).

Posted by Rickflix at 7:08 PM 0 comments