Kirkus Book Review Sneak Peak: "My Life at the Bottom of the Food Chain" 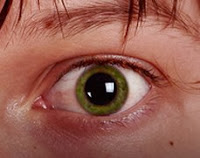 Kirkus, one of the oldest and most trusted book review sources (for over eighty years) recently reviewed "My Life at the Bottom of the Food Chain" (Here it is on the official Kirkus site):


In Samuels’ droll debut YA novel, a 13-year-old obsessed with bullies becomes entangled in compromising situations.

Alexander, a shorter-than-average middle school student, has never been pantsed, wedgied or swirlied by bullies. He credits this achievement to his prodigious strategic planning and research, which he’s synthesized in his magnum opus: a smartphone app called BullyTrack. Its motto, which has also become Alexander’s credo, is “Stay Invisible. Stay Safe.” The app maximizes bully avoidance by informing users of specific bullies’ locations and habits and providing essential information about bullies in general. “Timing is everything,” the app advises, and that’s why it’s critical to reach the school gates at specific times, move swiftly from class to class, and never enter a locker room alone. Alexander also recommends eating lunch away from the cafeteria so that bullies can’t take empty seats and commandeer control of the table. One should also always bring one’s own lunch, free of messy, drippy items that might end up dumped on one’s head. “Condiments are not your friends,” Alexander says. He has three close friends who are bemused by his obsession with bullies and loyal to him—up to a point. But when a classroom discussion of a Franklin D. Roosevelt line (“The only thing we have to fear is fear itself”) unleashes Alexander’s paranoid delusions and results in his complete humiliation, it tests his friends’ willingness to excuse him. One of the less believable aspects of this otherwise entertaining novel is the idea that Alexander has any friends at all, but the book will ring true for many middle schoolers. The author does an exemplary job of detailing the ways that the powerful prey on the weak; however, he risks making Alexander unsympathetic by pushing his behavior from that of a risible obsessive to that of an outright psychotic. Readers might also have benefited from more insight into Alexander’s strange relationship with his parents and his frequent
neurological lapses or “trances.”

A witty, if uneven, YA novel, and a valuable addition to topical literature about bullying.

What do you think?  I'm pretty happy with the review, although I don't tend to think of Alexander as psychotic!  Or is he....
Posted by Rickflix at 9:05 PM 0 comments