Why Writers Should Watch Entrepreneurs

I recently had the opportunity to see Paul Lazarus's film "Slingshot, a feature documentary about inventor/entrepreneur Dean Kamen's "15-year quest to solve the world’s safe water crisis." While many feature-length docs are simply too long and ponderous, this is a film that succeeds both in educating and inspiring the audience. In fact, it's probably one of the more inspiring films I've seen in a long while. It's worth seeking out.

Dean Kamen holds nearly 440 patents. This list of his accomplishments is long.  As the film's website says, while he's Best known for his Segway Human Transporter, Kamen has reconceived kidney dialysis, engineered an electric wheelchair that can travel up stairs (the Ibot), reworked the heart stent, built portable insulin pumps, founded FIRST robotics to inspire young students, and on and on. Holder of over 440 patents, Kamen devotes himself to dreaming up products that improve people’s lives.

The film traces his efforts to develop a process to transform water - regardless of contamination - into usable, drinkable distilled water. As the site describes, he's developed an energy efficient vapor compression distiller that can turn any unfit source of water (seawater, poisoned well water, river sludge, etc.) into potable, safe water without any need for chemical additives or filters.

I'm fascinated and intrigued by the entrepreneurial spirit. Individuals like Kaman are extraordinary in their willingness to seek out solutions to seemingly impossible challenges.  In Kamen's case, it's a single-mindedness enhanced by a drive to "give back."

I'm constantly looking for an entrepreneurial approach to distributing my work. I can't say I've found that path as yet, but I have to admit, I have almost as much fun learning about the lives and philosophies of entrepreneurs as I have pursuing the writing process.

They're eccentric, they're flawed, yet they're ultimately successful human beings - just like any great literary hero.

How can a writer resist?

Posted by Rickflix at 6:30 PM 0 comments

"Own the Scrawny" Advance Team!

When I first wrote "My Life at the Bottom of the Food Chain," I went a step further than "Beta Readers." (the first readers of the completed novel). I had readers experiencing the novel as I wrote it, in the tradition of the early days of published fiction, when an author would publish a novel in serial form, chapter by chapter, creating interest as he or she went along. For an author publishing my first novel, it was a great way of testing the waters. I was able to get an early sense of whether I was engaging readers. It worked great, and really helped build up my confidence as a novelist.

At first I thought I would take the same approach with "Own the Scrawny," the follow-up to "Food Chain." Shortly after initiating the writing process, however, I realized that sharing the first draft as I wrote it might not be as useful as I'm imagined. Though I sent out the first two or three chapters to my recruited readers, I discovered that the process in this case would be much more complicated.

"Food Chain" was based very roughly on a screenplay I'd written some years ago. Though characters and events are greatly evolved in the novel, the general theme and outline remained intact.

"Own the Scrawny" has had a much more complicated evolution, taking shape only recently and with the help of my editor (a process which is still continuing, by the way!). The first few chapters I sent to readers have been altered and rearranged to the point where they're nearly unrecognizable. Sharing the writing process further would have been confusing.  In addition, I'm excited about sharing Alexander's newest adventure in its final form. It's a fun ride, and I certainly didn't want to spoil the experience for early readers with the inevitable rewrites and dead-ends.

Mid-fall, I'll be sharing advance copies of "Own the Scrawny" with a select, limited group of readers prior to its release. I didn't do much advance work with "Food Chain," but I'll be offering some of you a first crack at the new book. My hope is that by the time the book is officially available, reviews, blogs, vlogs and perhaps other creative work will already be out there by the time we launch.  If you would like to be part of the advance team, let me know!

Posted by Rickflix at 4:21 PM 0 comments

Email ThisBlogThis!Share to TwitterShare to FacebookShare to Pinterest
Labels: advance team, own the scrawny, writing

Dipping My Toe Into the Short Story Pool 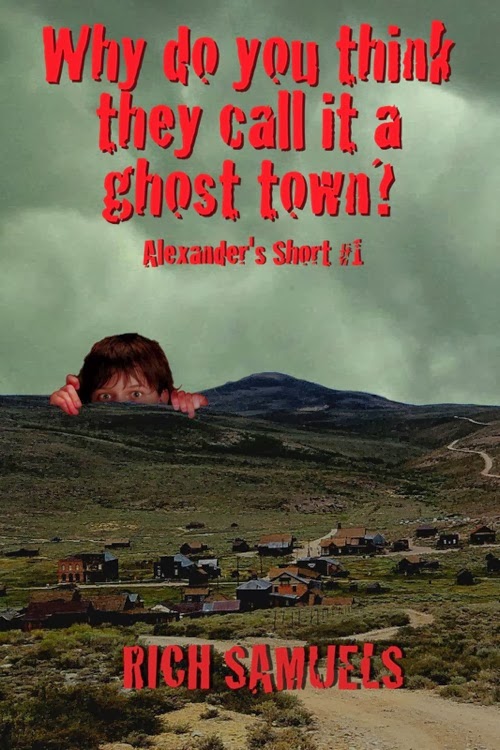 Once, I realized that "Own the Scrawny," my follow-up novel to "My Life at the Bottom of the Food Chain," would have an extended development, I wanted to create something that would help keep Alexander alive for my readers, and perhaps introduce new readers to the world.

I decided to release a short story, "Why Do You Think They Call it a Ghost Town," which sets thirteen year-old Alexander in the real-life ghost town of Bodie, California.  At first wholly unimpressed by the remains of this old-west mining town, Alexander's unique anxiety and over-active imagination turn the visit into an unexpectedly creepy adventure. 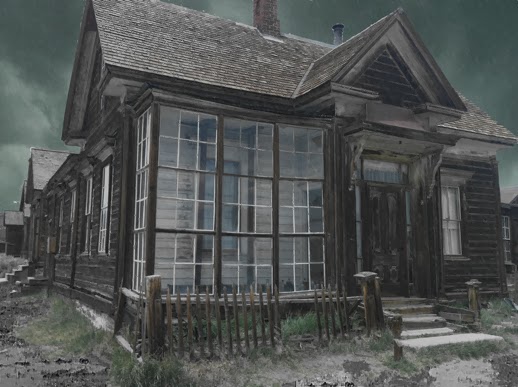 I think it's great fun, and I hope you'll give it a try. Distributing an e-book-only short story is even trickier than marketing a novel, but I think this this is a fun 'extra' that both stands on its own, and adds a little dimension to the "Food Chain" universe. Building a readership for the short story helps build awareness for the full length-books as well.

You can purchase "Why Do You Think They Call it a Ghost Town." for only 99 cents from the usual retailers. It would also be a huge help if you would review, rate, etc. as you see fit.

Email ThisBlogThis!Share to TwitterShare to FacebookShare to Pinterest
Labels: short story, why do you think they call it a ghost town

In "Own the Scrawny," my follow up novel to "My Life at the Bottom of the Food Chain," Alexander discovers that while the humiliation of being the unwilling star of a viral video is bad, the comments on the video from compete strangers are much worse. Criticized and ridiculed on everything from his behavior, to his size and his clothes, Alexander begins to wonder if he's as weird as they say, and begins a desperate, often misguided quest to prove everyone wrong.

"Own the Scrawny!" is about Alexander's struggle to believe more in himself, rather than what other people think of him. The paperback and ebook launch this fall.

Meanwhile, here's an interview I recently recorded with YouTuber OhCurt about the first book, the second book, and living in Los Angeles. We even visit my old junior high school, a primary inspiration as I wrote both books.

You can follow me on Twitter @rickflix
Please join the "My Life at the Bottom of the Food Chain" Facebook Page.
Visit my author page at Amazon: http://www.amazon.com/Rich-Samuels

Email ThisBlogThis!Share to TwitterShare to FacebookShare to Pinterest
Labels: book, middle school, my life at the bottom of the food chain
Newer Posts Older Posts Home
Subscribe to: Posts (Atom)