"The Vlogger Interviews" is a series of vlogs and blogs exploring the definition of vlogging – from the vlogger's perspective, If you like this interview, I would appreciate your subscription to http://youtube.com/worldaccordingtorich.blogspot.com on YouTube.


My latest interview features Robert Anton, a musician from New York City who first ventured online as a means to promote his music, and discovered a much bigger world.

“I’m a singer, songwriter, performer, music publisher and I am here on YouTube basically to promote my music – but with that comes a lot of other things. Now I have four channels on YouTube, and across those platforms I think what I’m doing is mostly just getting my voice out there.  I’m sharing some of my opinions and some of my life experiences, and interacting with people from all over the world.”

I first met Robert Anton at Vidcon – the YouTube content creator’s conference – almost a year and a half ago.   In an event filled with over-the-top enthusiasm, he stood out.  I thought that was because he’d just been notified that he’d been accepted in the YouTube Partner’s program.   It wasn’t just that.   If you watch him on YouTube, you soon realize that Robert simply projects energy.

Just what is vlogging, anyway?

Ask a random selection of vloggers why they vlog, and you’ll get five different answers.  To some, it’s an opportunity to be an entrepreneur, to another a chance to make friends, or bring people together for a cause – or simply a means of pure self-expression.

Ask those same vloggers how they vlog, and the road map becomes even more complicated.    The art of creating online video isn’t simply creating a video and posting it.   Vlogging is also an interactive art.  The vlogger, in a very real way, creates a direct connection to his or her audience.

"The Vlogger Interviews" is a series of vlogs and blogs exploring the definition of vlogging – from the vlogger's perspective.


Lane Fournerat  of Lafayette, Louisiana has a whole family of YouTube channels – in TV terms, LaneVid is the vlogging equivelent of a variety show; TheFunnyRats (a play on his last name) is his reality show, co-starring his wife and baby girl.  Other channels feature his other interests – drumming, mobile apps – even video game walkthroughs.

According to Lane, The job of a vlogger isn’t simply to create content, but also “to build a core group of people who will really stand behind you and really appreciate what you’re doing for them, which is entertaining them everyday.”  His core audience becomes the vlogger’s friends and supporters.  The comments on a video aren’t just about feedback – they’re about true interaction. 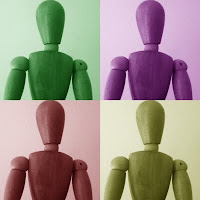 In a response to my recent blog, "Six Reasons Why Every Film Student Should Have a YouTube Channel," an educator responded with concerns about the integrity of the content that some content creators might choose to produce.  What kind of content has integrity?  What kind of content is worthwhile?  That's a difficult question, and varies depending upon age, culture and interests.

If a YouTuber creates a Jackass knock-off that earns him tens of thousands of subscribers, does that content possess a specific standard of integrity for his audience?  If another creates an immensely popular channel promoting conspiracy theories and the illusion of journalistic values, can his follower's simple belief in his integrity actually define his integrity?

Art, as the saying goes, is in the eye of the beholder.  Integrity, defined by Meriam-Webster.com as "firm adherence to a code of especially moral or artistic values," is also distinctly subjective - varying between cultures, societies, neighborhoods - and even small groups of friends.

At one time, Bernie Madoff was perceived as a man of great integrity:  A trustworthy, honest man with impeccable credentials who might be trusted with one's life savings. He formed and maintained an illusion for decades, stealing billions from investors in the pursuit of personal gain.  Violating the trust of virtually everyone, he proved himself to be a man without integrity of any definition.

Likewise, the YouTuber who creates (willingly or through ignorance) an illusion of journalistic integrity amidst suggestions of dark conspiracies is deceiving his followers with declarations of "evidence" where there is none, or of "experts" who are not whose own integrity would be questionable.  As Bernie Madoff deceived his clients, this content creator may be using and manipulating his audience strictly for personal gain, and has no qualms or even concerns about the accuracy of his content.

On the other hand, if the YouTuber creating a Jackass knockoff promises to entertain his audience with a certain type and quality of entertainment with each episode - and delivers on his promise - he might be said to have more integrity than the conspiracy theorist.  His audience's trust isn't mis-placed - they're obtaining what they seek.

But does the Jackass YouTuber really have integrity?  Isn't he, instead, promoting violence?  Isn't he contributing to the destruction of moral, ethical and artistic values across media by helping to popularize mindless entertainment?  After all, we're talking about thirteen year-olds throwing themselves into walls and jumping into thorny bushes.

Does every film student - or content creator - need to be a moral crusader, create family friendly content, and ignore shallow celebrity culture?   As diverse individuals, the answer is no.  As prospective media professionals, however - it's imperative to understand and develop a sense of integrity to both content and career.

THEN make some cool Jackass videos!

Posted by Rickflix at 7:35 PM 4 comments

Abuse, Fame, and Other Things - A Review of "Family Band: The Cowsills Story"

A lone musician in his early 60's carries his guitar into a small English pub in Woodland Hills, California.  Amidst the clatter of the restaurant, and the disinterested voices of patrons and bartenders alike, he begins his lonely set.  In a voice-over, the musician introduces himself.  Once he was part of a band, he tells us.  They were famous, and they had a handful of top hits by the time he was seventeen - but today, most wouldn't recognize their name.   So begins Family Band: The Cowsills Story, a documentary journey through the lives of a singing family whose songs became standards of the era, but whose lives were nearly destroyed in the process.   The lone musician is Bob Cowsill, and he guides us through his family's harrowing journey.

For a very few years in the late 1960's, The Cowsills were a musical and marketing sensation.  The band, consisting of various numbers of brothers, a sister - and their mom,  created enduring and even iconic hits  ("The Rain, the Park and Other Things", "We Can Fly," "Hair," "Indian Like"), dominated teen fan magazines, appeared everywhere on television (including the Ed Sullivan Show, where they performed on the same stage on which their idols, the Beatles had played a few years before).   They were the direct  inspiration for the "Partridge Family" sitcom.  Their image was so wholesome that they served as national spokespersons for the Milk Advisory Board appearing in numerous print and television ads.   Then, as quickly as they rose to fame, they spiraled into oblivion.