Big Media's Romance with YouTube: Why It Will Fail 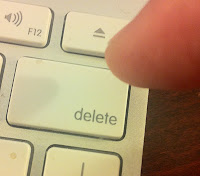 The entertainment industry is still excited about YouTube.  In the November 26th edition of the Weekly Variety, "YouTube Newbies Wow the Biz," explains how "Big Media" is beginning to invest in Multi-Channel Networks (MLC's) like Fullscreen and Maker studios, with the hope of getting in on the ground floor of a new industry, farming new talent, and connecting with young audiences.

But do they really get it?

In the Sunday, November 25th edition of the Los Angeles Times, another article, "YouTube's Best Video Creators Now Have Their Space in the Sun" discussed YouTube's new Playa Vista studio, which caters to YouTube partners by providing them access to a state of the art production facility that might have previously been out of reach.  They'll be able to "up their game," improve their production value and create better and more ambitious content.

While this influx of investment and interest from both Big Media and YouTube will prove a fantastic opportunity for some of the top YouTubers, both sectors still seem to be curiously blind to the most powerful aspect to the world of online video - a direct connection with the viewing audience.

For the vast majority of YouTubers, those whose views may never reach the stratosphere, the real opportunity isn't necessarily in hooking up with Big Media -  or becoming part of the YouTube elite.  Learning how to better grow and engage their viewers/subscribers/followers/fans offers the best chance for most online content creators to build a future in that world.  The key isn't simply to share in YouTube's advertising revenue (which tends to really pay off only for those with at least tens of thousands of views) - it's getting the big picture: understanding one's own talent and abilities - and using YouTube channels as tools to build toward those goals.  In other words, what are you good at, and how will you get there?  To some, that simply means hawking fan-centric items like t-shirts and posters. To the more ambitious, that could mean music, videos, e-books, audience involvement in crowd-funding projects, smartphone apps, or developing one's own sponsorship opportunities separate and distinct from the limited percentages of YouTube advertising revenue.  In short - individual creators need to begin seeing online video as a tool for entrepreneurship.

Individual engagement and interaction, which offers precious little room for corporate overlords, is the real attraction that draws the YouTube audience. Big Media interest will likely wear thin fairly quickly as they discover that drawing in online audiences isn't simply a matter of pushing out content.

While some will benefit handsomely, investments in FullScreen and Maker Studios - and YouTube - will prove disappointing - but not because the opportunity isn't there - but because improved tools for engagement aren't being developed as feverishly as production  capabilities.

It's quite possible that the true power of online media will remain firmly - though so far potentially - with the individual.
Posted by Rickflix at 3:50 PM 3 comments

Talking It Out: Documentary Interview Techniques

This is the first in a series of behind-the-scenes blogs about the story behind the making of a documentary - in this case, my film, "Life Online," the story of a family in Florida that's uniquely dedicated to the "YouTube" lifestyle.

In today's blog, I share some of my favorite basic techniques in conducting an effective, "authentic" interview.

This doesn't just mean that you should do your research - you need to be technically prepared as well.

Whether you are your own crew, or you have one, two or three people helping you on documentary shoot, it's imperative that you work with individuals that are experienced and/or motivated to prepare camera, sound and lighting as quickly and efficiently as possible.  There's always going to be a balance - some would say tension - between setting up a great shot, and engaging your subject as quickly as possible.

If you have an individual waiting to be interviewed, and the preparation process is too slow, they start to feel impatient - even rushed - and increasingly nervous.  A minor inconvenience becomes a major disruption.  Particularly in sensitive situations, this can impact the quality of the interview when it finally occurs.

State of the (Crowd-Funding) Campaign

I'm now over one week into my Indiegogo crowd-funding campaign for my documentary, "Life Online." It's been a slow launch, but I'm still optimistic that I develop some momentum and perhaps create the necessary "crowd" to make this a reality.  After all, I did launch this effort just after Superstorm Sandy, and a week before the election - a particularly awkward time to squeeze in a few moments of your time.  I'm particularly grateful to my funders so far, whose generous contributions have gotten the ball rolling.

Where do I go from here?

The first objective is still to bring more attention to the "Life Online" Indiegogo page - visits are not yet anything close to what's necessary to make this happen.  The more people that visit the page, the more chance that some will contribute to make this a reality.

I need immediate help to bring news of this documentary out to more people - whether through Facebook, Twitter, YouTube, blogs or other means.  IndieGoGo stats indicate that it's important to keep the word out about the documentary  - it takes about seven separate contacts, on the average, for an individual to decide to jump on the bandwagon.  This is why you'll hear about this project frequently.

What do you think?  How can I get this project - this funding campaign - out to more people?  How can I maintain this effort between now and the rest of the year - without becoming the social media equivalent of those overly repetitive, obnoxious campaign commercials?

AND, (as "Life Online" donor Odell Hataway says, I need to engage in more shameless promotion) what can I do to convince YOU to become part of this effort?

What can you do?  Here are some links!

Launching My Campaign (How Indiegogo Works)

Here's my vlog explaining my Indiegogo campaign - and explaing the basics of an Indiegogo Campaign.

Posted by Rickflix at 6:41 PM 0 comments