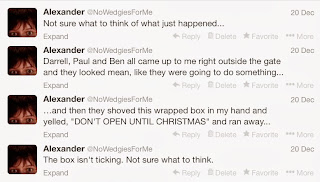 I've completed my first experiment in "Twitter Storytelling," @NoWedgiesForMe, consisting of forty-one tweets between December 12th and 20th in the voice of Alexander, the protagonist in my book, "My Life at the Bottom of the Food Chain."

In concept, I find the idea fascinating: telling a story in "real time," through the intimate perspective of a fictional character and the 140-character brevity of a tweet. Minimal description, combined with what is essentially a stream-of-consciousness illusion could create an engaging story.

In practice, I enjoyed the creation of forty one tweets, which told a uniquely "Alexander" story, in which his wildly active imagination led him to the conclusion that he would be the victim of a horrible prank on the last day before school was out for the holidays. His panic builds until the last hours of the last day, when he's not the recipient of a horrible prank, but a mysterious wrapped gift from his supposed enemies, and a request "not to open before Christmas." With that cliffhanger, I concluded the test.

This wasn't a wide test - @NoWedgiesForMe has only seven followers - but putting the concept into practice left with with several questions to consider:


Gary Vaynerchuk, one of the most well-respected experts on the use social media (Crush It, among other titles), recently posted a opinion in favor of tweeting the same message multiple times - to make certain that users in different time zones might see the same message (i.e. a 9am tweet on the east coast is likely to be missed by someone on the west coast, so that same tweet might be repeated at 9 am Pacific time).  This would make sense in the case of @NoWedgiesForMe, but a second phase of this experiment would need to explore a new methodology in order to maintain Alexander's voice.  After all, he wouldn't have typically retweeted most of the 41 existing tweets.

I'm considering the lessons of the small, first attempt, and in the new year I'll adjust the concept and try again - stay tuned!

Have you seen a similar concept in practice?  Let me know!

Previous blogs on this topic:
Getting Real: My Protagonist Tweets!
Alexander's Tweets @NoWedgiesForMe (Update)
Posted by Rickflix at 1:28 PM 0 comments

Email ThisBlogThis!Share to TwitterShare to FacebookShare to Pinterest
Labels: my life at the bottom of the food chain, storytelling, twitter

Almost a week ago, I began an experiment in, for the lack of a better term, Twitter Storytelling. I've created a Twitter account [@NoWedgiesForMe] for Alexander, the central protagonist in my novel, "My Life at the Bottom of the Food Chain." I know that there are numerous experiments going on that are along these lines, and I liked the idea of creating a supplementary "reality" for the universe by the book and it's upcoming follow-up.

The big question - will people actually see these tweets? I don't usually search back on your earlier tweets - I'll read what you tweet now. Do I need to make Alexander a habitual repeat tweeter, so that people will actually see these?  Or, do I simply use the Twitter account as a basis to create updates elsewhere (here, or on the Facebook page, for example).  If a reader is more interested, then they can follow on Twitter directly.  What do you think?

The Story So Far:
As winter vacation looms, Alexander gets nervous that bullies might plan something on the last school day before the holidays...

Posted by Rickflix at 2:34 PM 0 comments

Email ThisBlogThis!Share to TwitterShare to FacebookShare to Pinterest
Labels: my life at the bottom of the food chain, rich samuels, storytelling, twitter

Getting Real: My Protagonist Tweets!

One of the greatest challenges I have as an independent author is continuing to build word of mouth for my book.  For the first few months, the book is new and that, in itself, can be considered newsworthy.  As of this writing, it’s been nine months since the book first appeared in ebook form, and seven months since it was available in paperback. I’m currently writing a follow-up volume to “My Life at the Bottom of the Food Chain,” but that won’t be ready for several months.

As we approach the end of the year, I’ll be initiating several new efforts to keep the book alive in the minds of readers - and, perhaps, reach new readers in the process.

The first step in that effort begins today, with the launch of a new Twitter account, @NoWedgiesForMe - tweeting in the voice of Alexander, the central character in the “Food Chain” books.  He’ll tweet about his day-to-day life, as many people do, but followers will also be able to follow an entirely new story as it unfolds day to day in “real time.” If followers choose, they can also interact with Alexander, and he’ll respond.  Alexander’s quirky personality and skewed observations of the world around him are a central highlight of the novel, and I believe he’s nicely suited for a life on Twitter. While related to the world portrayed in the novel, Alexander’s experiences on that platform will be original and independent of the original and upcoming novels.

I’m excited about experimenting with this new form of storytelling, and, like the entire process of writing and releasing a self-published book, I’ll be curious about how this approach might engage readers, and, perhaps, help build an audience.

I invite and hope for your involvement - follow Alexander @NoWedgiesForMe
Posted by Rickflix at 4:28 PM 0 comments

Email ThisBlogThis!Share to TwitterShare to FacebookShare to Pinterest
Labels: books, indie author, my life at the bottom of the food chain, publishing, rich samuels, writing

Who's the Puppet NOW? 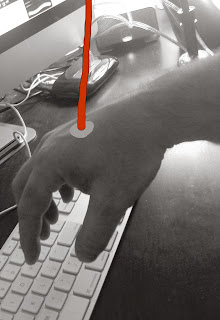 Currently, I'm working on the follow-up to "My Life at the Bottom of the Food Chain" (which I'm calling Book Two at the moment).  The new volume will continue the story of Alexander and his friends from about where the first book left off. Like any thirteen year old, Alexander is a work in progress, and I've been interested in exploring just where his life and his quirky personality will lead him.

I wrote a fairly detailed outline of almost the entire book. I had an idea of how Alexander would react to the events in the first book, and aspects of his friendships and his relationship with his parents that I wanted to explore. I've also been reading and listening to readers, and I'm taking into account those characters and situations in which they've shown particular interest.

I had it all planned out...

The moment i sat down and began to work on the first chapter, all of my initial plans dissolved.  In the original book I was creating a cast of characters.  In this book, they already were established.  They have likes, dislikes, good and bad habits and histories (some of which I haven't yet revealed).  I couldn't adjust character traits to suit the story; I had to discover the story through their established personalities.

Alexander is a tricky character. He's at once sympathetic and annoying. He can be both compassionate and selfish. At his heart, though, he's a good kid nearly overwhelmed with the challenges of growing up, and is struggling, like most kids, to figure out the world around him.

The great challenge in telling Alexander's story is to keep that precarious balance. He tends to over-react to events in his life, but with a motivation and intimate logic that makes perfect sense - to him. What seemed to work in the outline seemed completely implausible the moment I tried to translate outline into story.

It’s almost as if Alexander is peering over my shoulder, watching my every word and making darn sure I don’t disrespect him.

Don't let anyone tell you that characters in a story are the author's puppets.

It's the other way around.

(Currently I'm about almost a third of the way through the first draft; if Alexander doesn't interfere, Book Two might be ready by spring!)

Email ThisBlogThis!Share to TwitterShare to FacebookShare to Pinterest
Labels: book, my life at the bottom of the food chain, rich samuels, writing 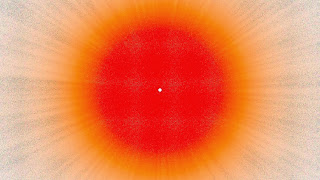 When I was in fourth grade and about ten years old, I wrote a short, Star Trek-inspired play called "The Crash" ("It was the year 1999 and ship 666 was on it's way to Saturn."). With the encouragement of my teacher, Mrs. Hahn, my friends and I performed it for our class. We then went "on tour" to many of the lower grades.  We had simple props (paper masks for the aliens, and command badges for the crew members, and toy ray guns) and adjusted our simple staging for each classroom.

"The Crash" was my first experience in leadership and creating for an audience. Though I didn't understand it at the time, it was also an early lesson in the power of Creative Energy - setting an idea in motion and watching it take on a life of its own.  What once was just a concept in my head became an adventure shared by my friends.

In the following few years, I'd create other projects. Some would become super-8 films, and others short screenplays.  In Elementary and Junior High School, I would conceive television series ideas, and my friends would join in with episode outlines, set designs and character backgrounds.  We rarely put any of these concepts on film, but it didn’t really matter  - it was all about the the adventure of thinking and creating together.

If you reach only a few people - then through those people, you reach the world.

For a child, what concept could be more powerful?
Posted by Rickflix at 1:16 PM 1 comments